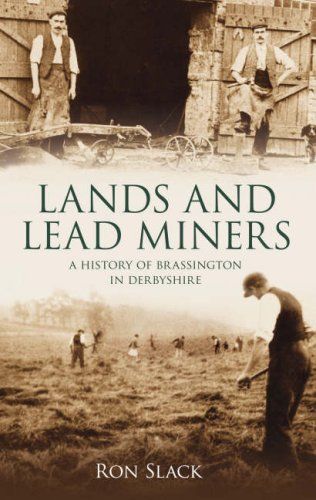 Brassington lies in a steep north-south valley running down from the edge of the White Peak. To the north is the plateau of Brassington Moor and to the east the high rough ground of Carsington Pasture. Further to the south is the South Derbyshire Plain.

The name is Anglo-Saxon - Brand’s peoples’ place - and the Saxon settlement was probably founded in the 5th or 6th century, after the departure of the Romans.

Archeological finds have established human habitation of the surrounding high ground from paleolithic times, and there were British settlements at Harbough, Roystone Grange and Rainster Rocks during the Roman occupation. A substantial Roman settlement has been found near the Scow Brook at Carsington on ground now covered by the water of Carsington Reservoir, and the Roman road from Derby to Buxton - “The Street” - passed over Carsington Pasture. The Scow Brook settlement has evidence of lead working, and Roman lead ingots - “pigs of lead” - have been found on Carsington Pasture. The inscription “Lutudarum” on Roman pigs of lead probably refers to a place or a company in the Carsington area.

The Saxons cleared the ground to the south and farmed it communally, in strips, or “lands”, which can still be seen in the form of ridges. To the north, east and west the land was uncultivated “waste”, held in common for grazing and collection of turf, timber and stone. The route to neighbouring Carsington skirted the high ground and the Roman Street eventually lapsed and disappeared.

By the time of the Norman Conquest the Brassington settlement had become an estate, or “manor”, owned by a nobleman called Siward. The manor was one of many granted by William I to Henry de Ferrers and was run on feudal lines - the villagers held their lands in return for working on the lord’s home farm and paying him many onerous dues. The lord’s manor court met regularly, setting and enforcing farming rules, granting title to property and punishing minor offences.